A pristine 1984 Schwinn Peloton in the wild

Last week I saw a shiny new red bike that just didn't look right as a new bike.  I recall riding with a local collegiate cycling club and one of the members looked at my bike and called it a through back from an earlier time, though it was only a couple of months old at the time.  But it sort of a throw back - it's an Indy Fab Club Racer with narrow tubing and mostly 1980s classic lines, except for a sloping top tube.  But on close inspection you could see it is TIG welded, not lugged like bikes of that period generally were.  This shiny red bike was lugged and the decals looked pretty dated to me.  Of course I chatted with the rider, who had time to tell me about his bike and let me take a picture.  It was owned by a racer, Andy Flemming, who, apparently, owned a lot of bikes.  Steve, the new owner said he knew Andy through Andy's work with his mom and when Steve said he wanted to try riding, Andy gifted him this bike.  This was six years ago and the bike was still in the box.  It was a 1984 Schwinn Peloton, which means it sat in that bike for over 20 years waiting for the right person to ride it.

Steve offered to send me some information, which he did.  Here is a link to the original catalog.  And this is the spec sheet for that year: 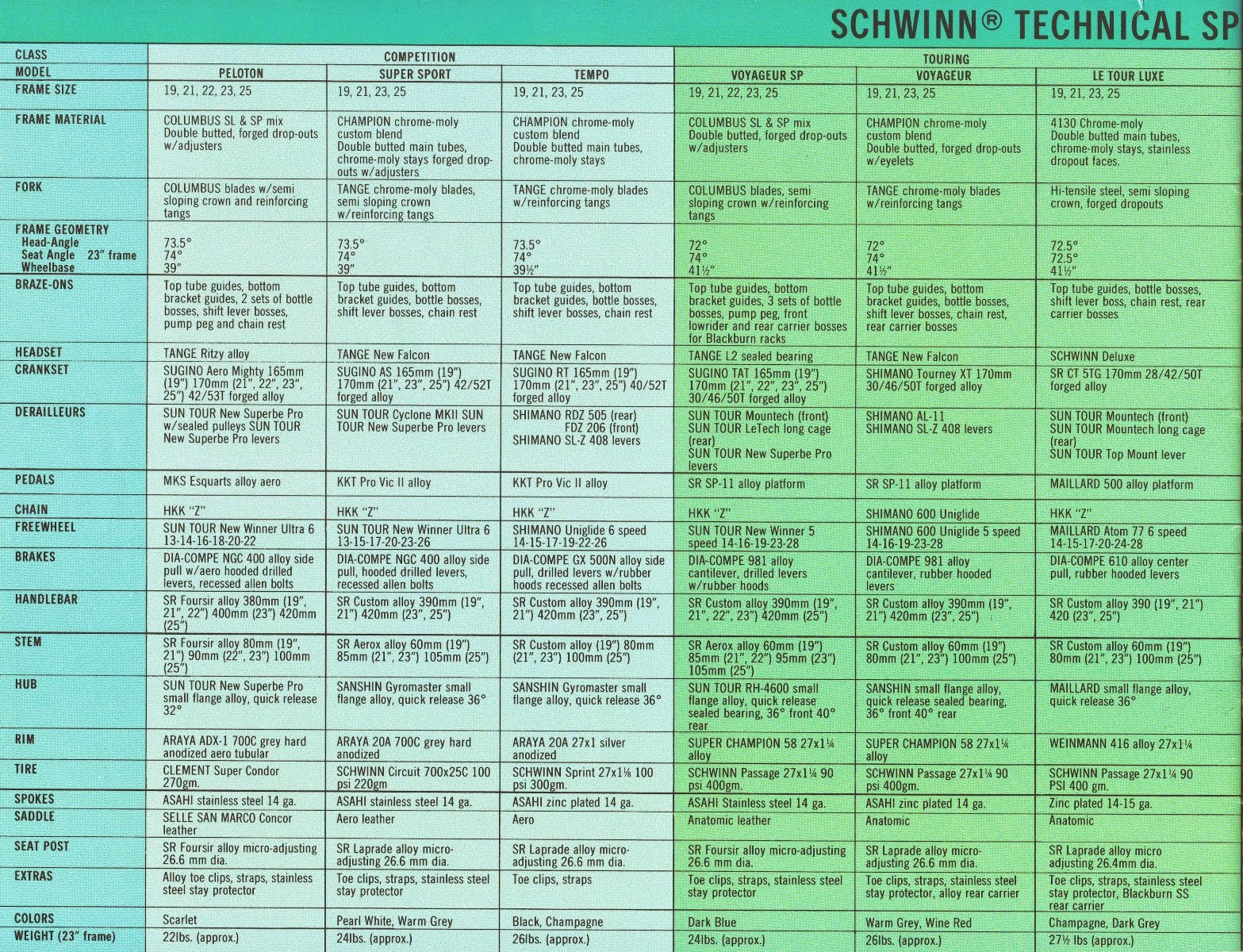 Interestingly, the bike has a "Campagnolo" decal on the left side of the top tube near the head tube.  The specs clearly call for Sun Tour derailleurs and Dia Compe brakes so perhaps this was a special model of the Peloton.  I'm not sure but it looks like Steve built the frame up and the shifters are clearly much more modern than the frame so if it was intended as a Campy bike, it no longer is and probably never was.  But Steve has kept it in excellent condition and it still looks nearly out of the box.

Steve found one for sale on Ebay, although the brakes are the ones spec'ed above.

Steve lives nearby so perhaps I'll see him on the road again.

The bike (unfortunately I didn't get a good picture of Steve so he doesn't appear complete here): 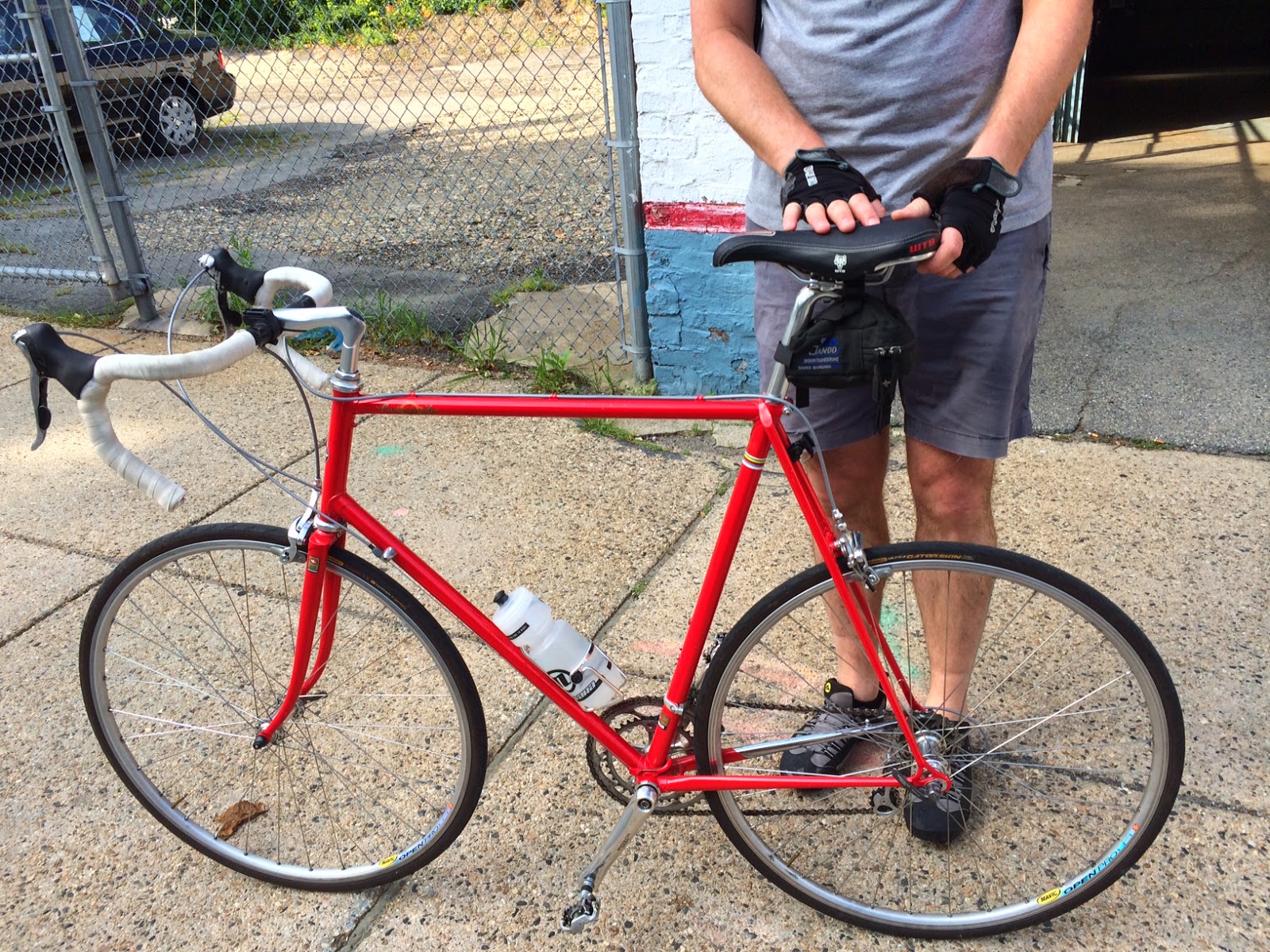