I was enthusiastically involved in the Chasing Mailboxes's 2013 Coffeeneuring Challenge, so much so that I was one of the map makers:


Ultimately I did not finish (6/7 isn't bad with two small children) so while I wanted to try the Errandonnering Challenge, it wasn't clear that I could even get to start it.  This was an exceptionally cold and snowy winter.  Actually the winter hasn't been that cold compared to historic patterns but with climate change we all are a little softer.  Well, maybe I am a little softer these days.  And I've had a rough winter around colds, including a nasty sore throat the last few days.  And the rules!  There are fifteen of them (one requires that I do this on earth and another is to quit if it becomes stressful, so maybe I exaggerate) and you have to carry a control card, like in a real randonnee.  But here I am, 2 days into the errandonnee and I'm involved, to the tune of 5 miles and 4 or 5 legitimate stops.  Here they are:

1) stop to make a bank deposit.  They have outdoor parking but they didn't mind me leaving my bike out of the way in the entrance way.  I could have mailed this in but it was a beautiful day. 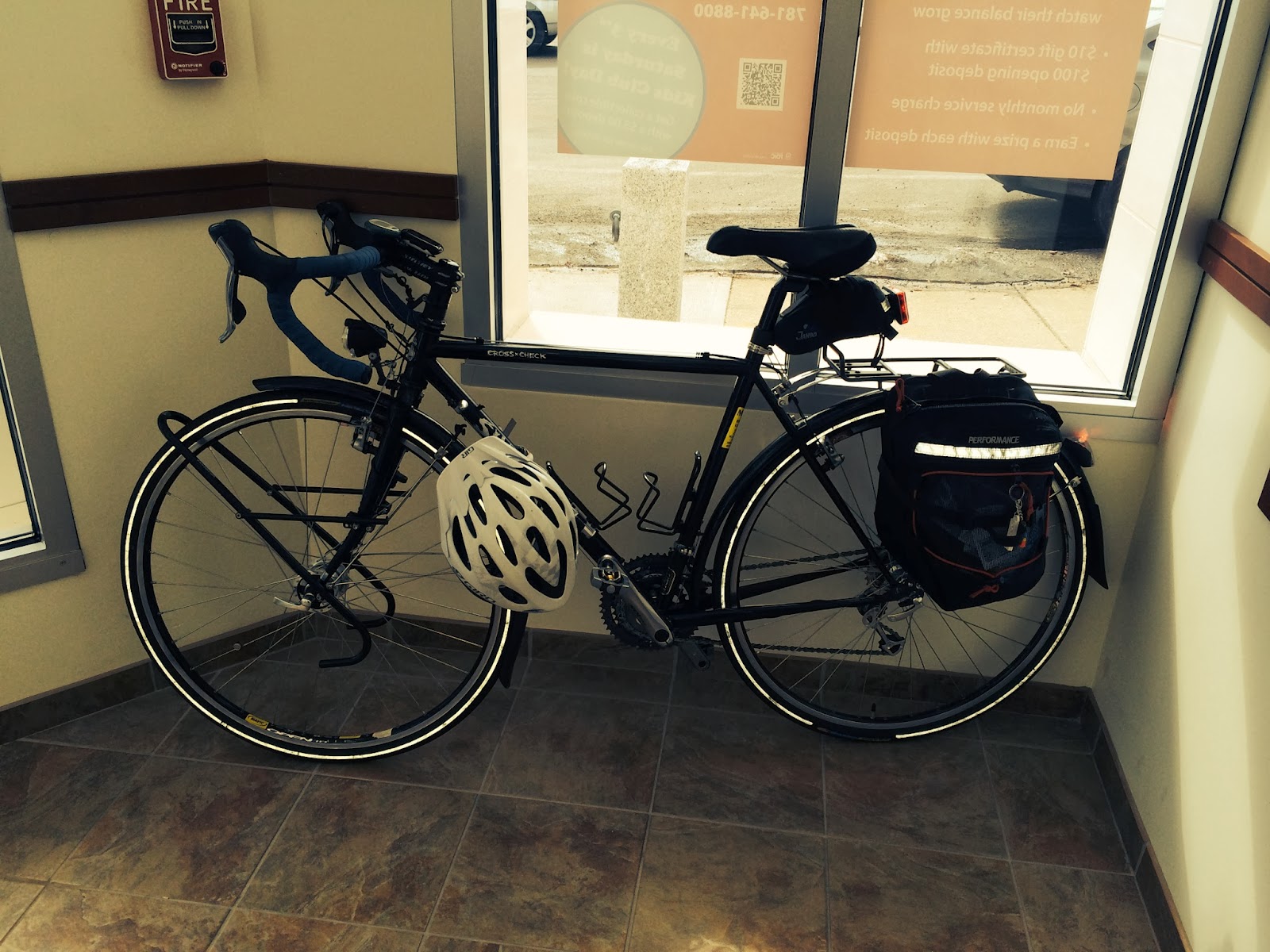 2) This is the very questionable one.  I had to check out the damage at Scutra (a driver lost control and hit the restaurant, driver was charged with DUI.  We should get bikes off the road).  Hey, it was better that I ride here and not drive, right? 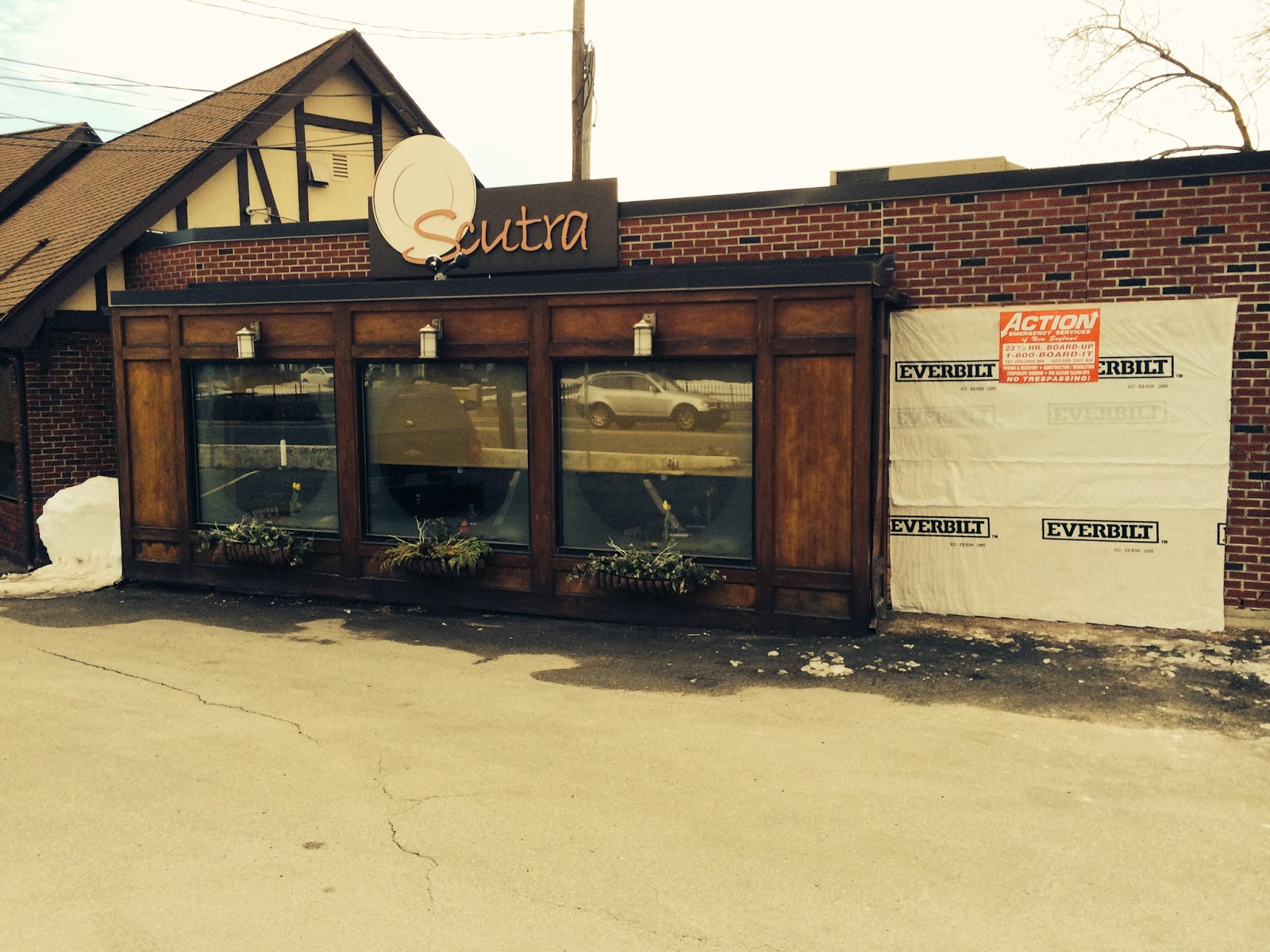 3) Mail a letter, long deferred, from my son to my aunt.  Again, I could have drove but riding was nicer: 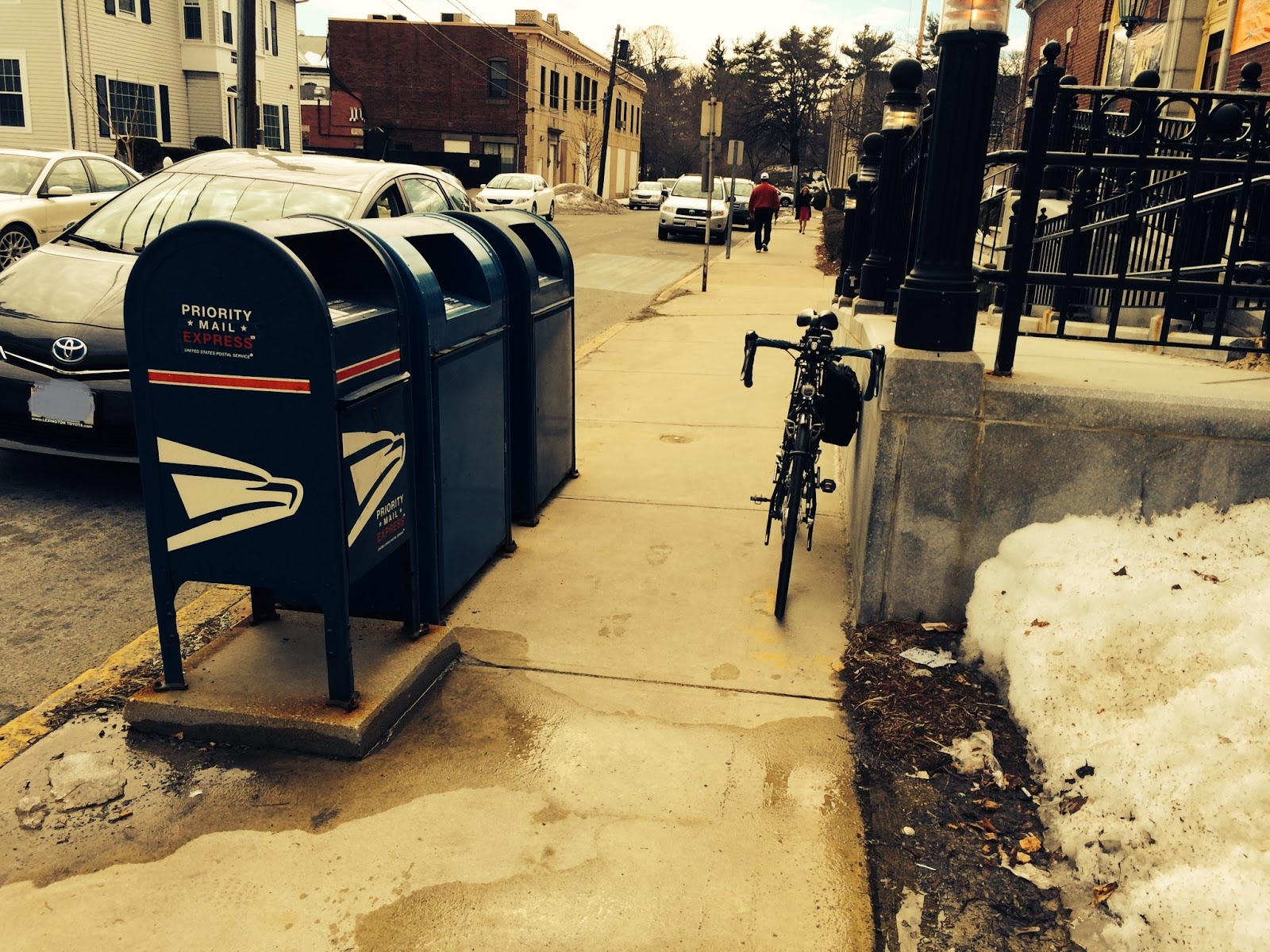 4) Stop by a friend's house for coffee.  Actually,  this wasn't intentional.  I was riding by and he invited me in for coffee.  So I guess this falls under the rules of a coffee shop.  There wasn't anything about visiting friends but it fits the general idea (getting out on your bike) but not the actually running any kind of errand. 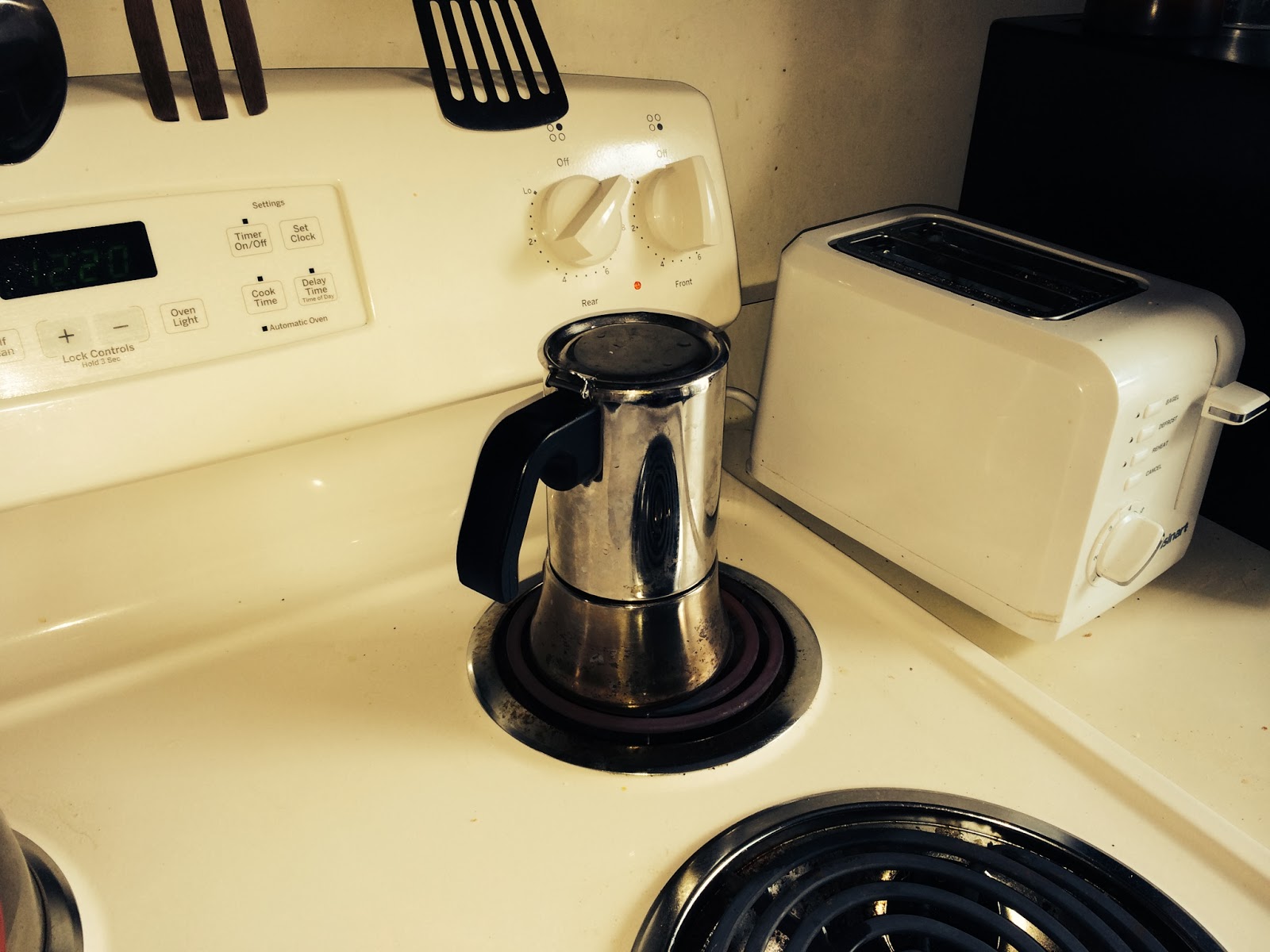 5) Beer run.  This wasn't expected but when I called my wife to tell her that I was invited for coffee, she suggested that I buy some beer for my brother-in-law while I was out.  That's a small Performance front pannier from the mid 1990s.  It fit a six pack of Baxter cans and a four pack of Slum Brew bottles, plus my u lock, a locking cable (plus the other cable on the outside), my sunglasses case, and a pair of mittens.  It all made it home safely. 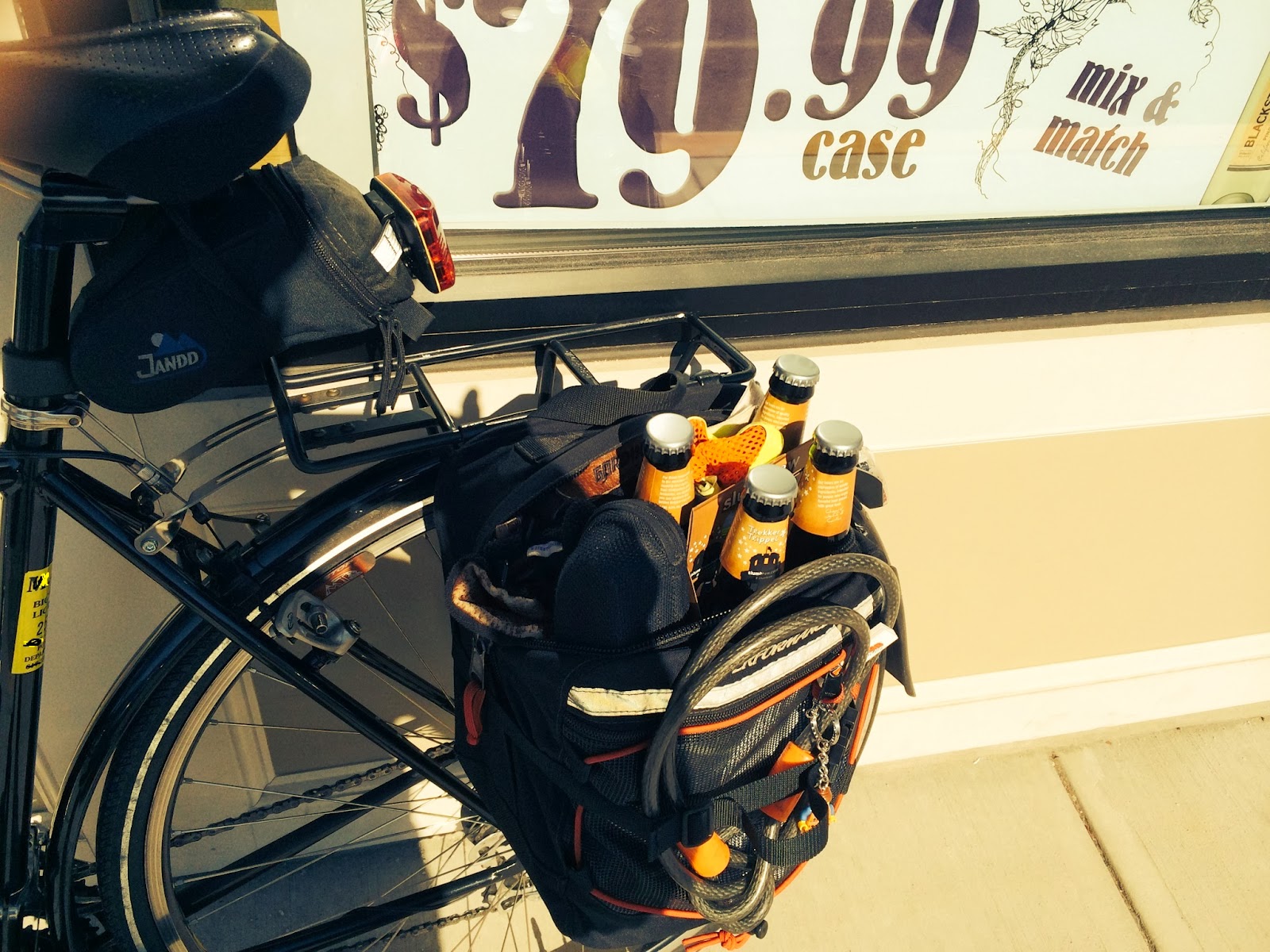 So there it is.  4 and maybe 5 errands.  Or maybe only 3 if the coffee at friend's house doesn't fit within the rules.  I'll have to start filling in my control card.  Shhh ... I didn't fill it in at each stop even though that's required in a randonnee.